TThey say you can’t be brave unless you’re scared. Well, at least I’m half way there!   The thought of tearing across a granuly surface with ‘soft  spots at 230+ km/h is giving pause for thought so I want to make the bike as stable as I can.

The up-side-down GSXR750 forks will help at the front end. They are considerably shorter than the stock forks which will lower the bike and reduce the front projected area and therfore drag, but the wheelbase will also be reduced. Straight line stability is improved with wheelbase length but there can be a trade off:  a swing arm with wheel hanging on the end is effectively  a ‘pendulum’. The longer the pendulum, the more sensitive the system is to tank slapping harmonics. The swing arm pivot points must be stiff enough to resist this tendency.

At first I looked at extending and stiffening the stock monoshock swing arm but after lots of measuring, doodling and thinking, I decided against it for the following reasons:

The R1100RT swing arm is a very stiff diecast alloy section  and is 115mm longer than the stock mono item. It is a bit narrower at the pivot than stock but bolts straight on to the airhead frame with its 17mm pins – bless BMW. After considering the lost wheel base due to the new front end, the final wheelbase will be about 90mm longer than stock. The R1100S bevel drive has a very long 2.75 ;1 gear ratio which will be about right for the speeds I’m looking for on the salt.

However, while solving my biggest headaches, this arrangement has issues of it’s own, the cheif one being rear wheel centerline offset. The stock R1100 rear wheel is quite wide (160) and presents a huge offset while the earlier K100 17″ wheel is narrower (140) and bolts straight on – bless BMW again. But with swing arm pushed all the way over to the right, offset is still almost 11mm. 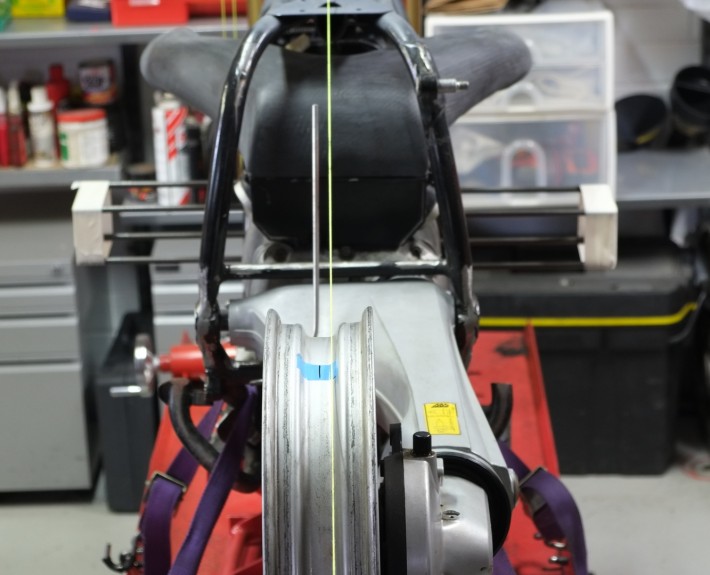 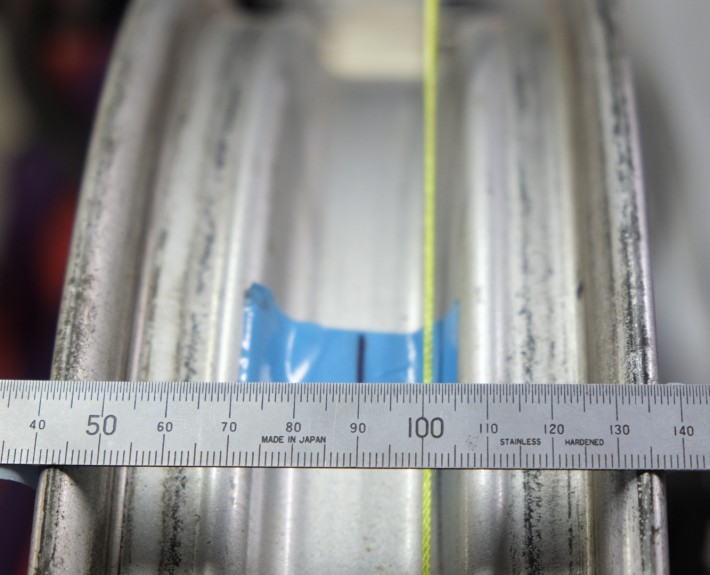 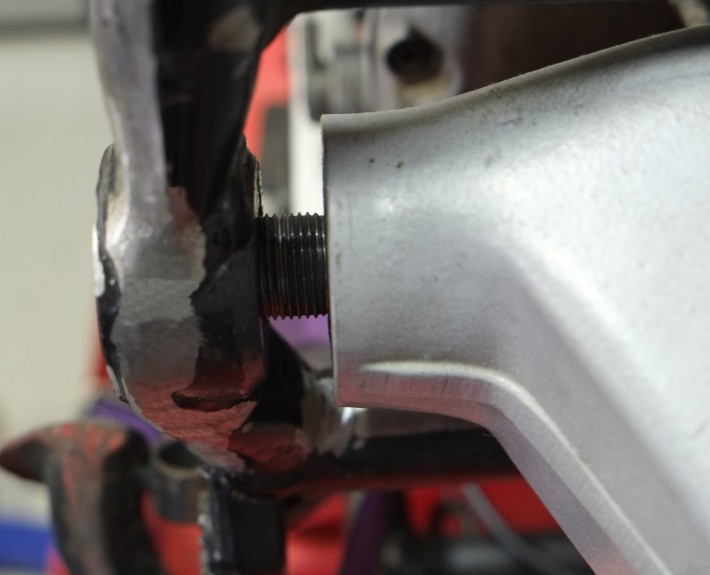 Of course, with the swing arm pushed over, the gearbox output shaft and drive shaft don’t line up so I will have to move the engine to the right as well! This shouldn’t present any balance issues since the gyroscopic effect of the wheels more than make up. The torque reation of the transverse flywheel has a far greater effect and that doesn’t effect things much.

I plan to take some meat off the K100 hub which will reduce the offset to around 5mm which is where it will stay. A longer pin and a spacer will have to be made to look after the large gap at the left hand pivot. 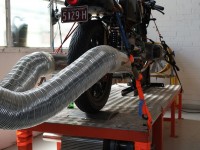 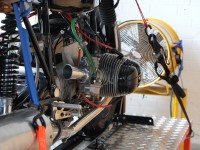