IIts been some time since 2015 and my first and only runs on the salt. (see: http://skrunkwerks.com/skrunk/the-salt/ ) This was with the motor out of my cafe racer which developed about 60hp at the back wheel. 128mph (206km/h) was recorded with this setup.

Then, after building race motor Mk1, I promptly blew it up on the dyno 3 days out from the 2016 event. Held the umbrella on the start line for my Triumph Salt Racer buddies that year.

We decided to give it a rest for 2017 which left two years to concentrate on race motor Mk11. Aside from the engine build itself, much time was spent building test gear (flowbench, cam analyser, valve spring tester, conrod balancer) and studying the black art of extracting power from a spark ignition engine. An intense journey to say the least! 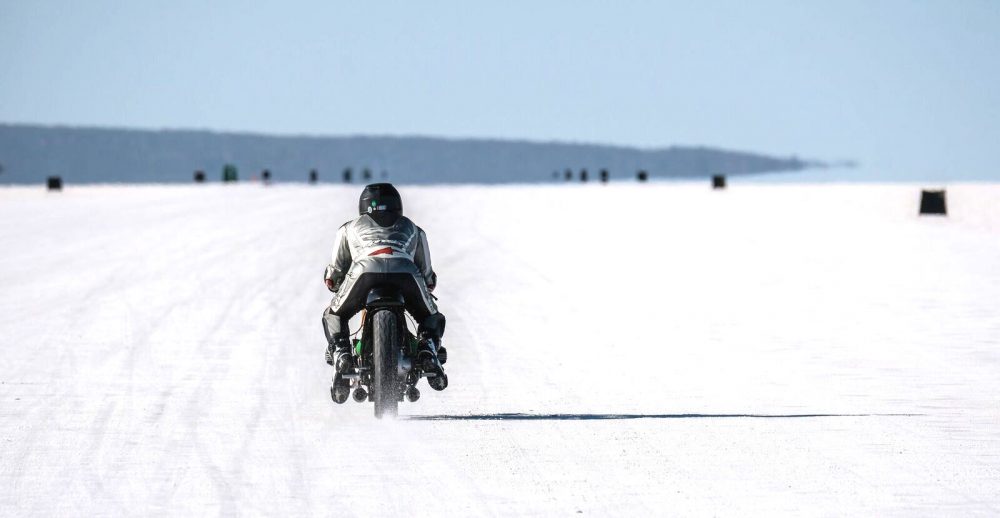 After seemingly endless flowbench and dyno work involving the tuning of ports, inlet tracts, exhaust systems, spark and cam timing, 90 hp was seen at the rear wheel as measured on a Dynojet in full inertia mode (approx 100hp at the crank): A 50% increase in power over the cafe racer motor that I had campaigned in 2015 and approximately 70% more than a stock R100. Not bad for an old shaft driven, 2 valve hemi pushrod engine. It was time to pack my tools and prepare for the 2 day journey into outback South Australia.

The bike’s land speed class is M-PG1000 (The DLRA have borrowed classifications and much of the rule book from Bonneville which is the Mecca of land speed racing). That is:

The record in this class was 144.6mph. (Annoyingly, since 2014,  it had been incorrectly recorded in the DLRA record books as 148mph). This is held by my arch nemesis (and friend) Josh Schuit on, yes, an airhead R100! Pushrod engines are older technology,  the class is mainly comprised of ‘classic’ bikes carrying marques such as BMW, Moto Guzzi and Harley Davidson.

16mph was needed over the 2015 128mph effort to match the record. Enemy No.1 is air resistance or ‘drag’. I had no idea whether the 50% additional power would be enough to push me and my machine through this conspiracy of air molecules. There is a squared relationship between velocity and drag, translated: At these speeds, you need a shite load more power to gain a fractional increase in speed. People who race naked bikes (unfaired, no streamlining) talk of hitting a wall at around 150mph  (242km/h) – every mph is hard won. I would hopefully be at least nudging this wall. 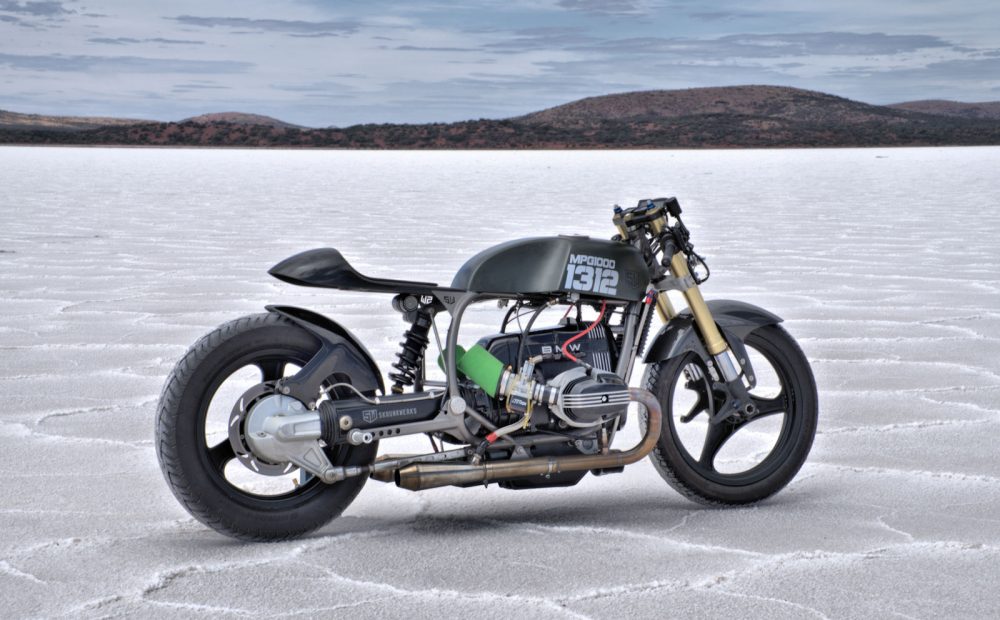 The 2nd and 3rd enemies are temperature and traction. The salt was in terrific condition this year so I don’t believe traction posed a big problem though would have nonetheless played a role. However, elevated ambient temperature thieves power: Higher temp = loss in air density = loss of available oxygen to burn = rich burn and carburetor jetting needs to be tweeked as the thermometer climbs through the day.

Lake Gairdner can be a hot place so one remedy is to be first in line during the cool of early morning. This meant preparing bikes the evening before, ready for a pre-dawn start. But there is a catch: Cooler air = higher density = higher drag. One day I’ll sit down and work out whether one completely negates the other!
(continues below) 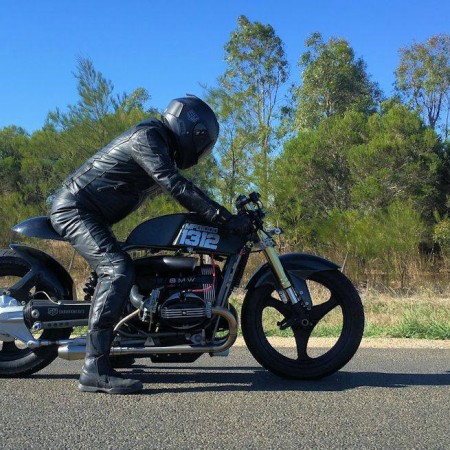 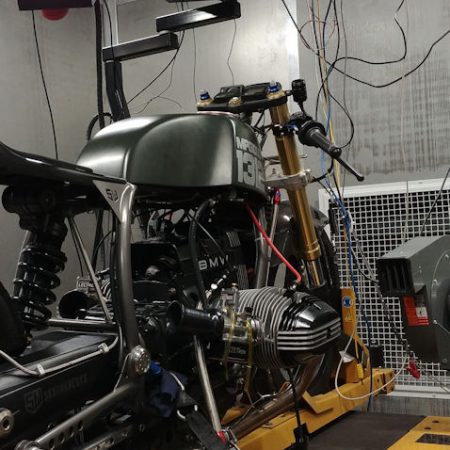 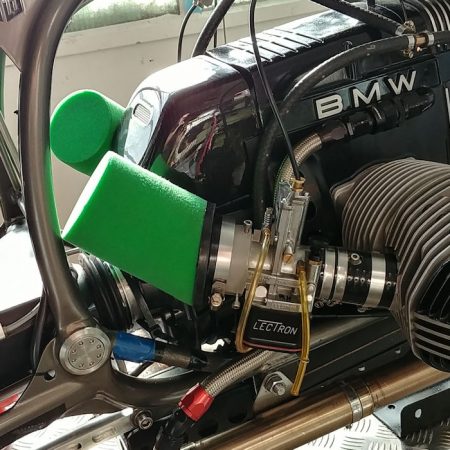 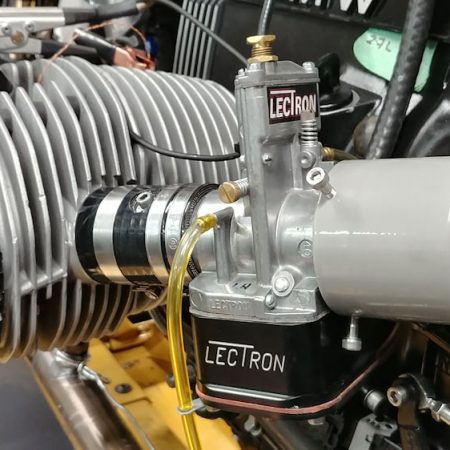 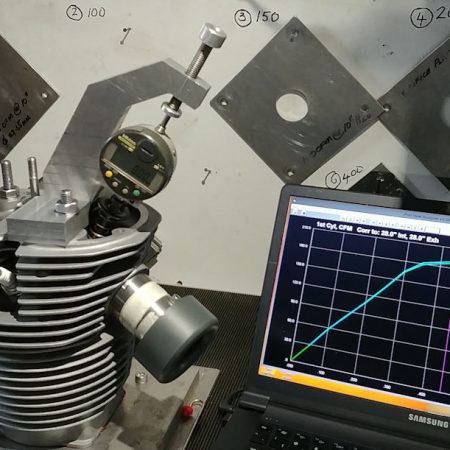 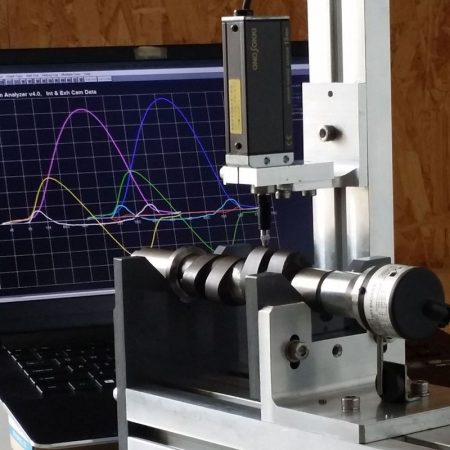 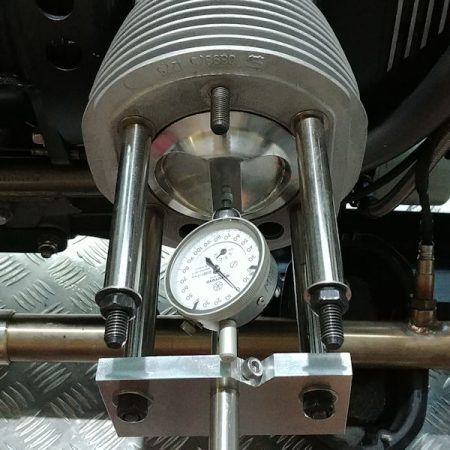 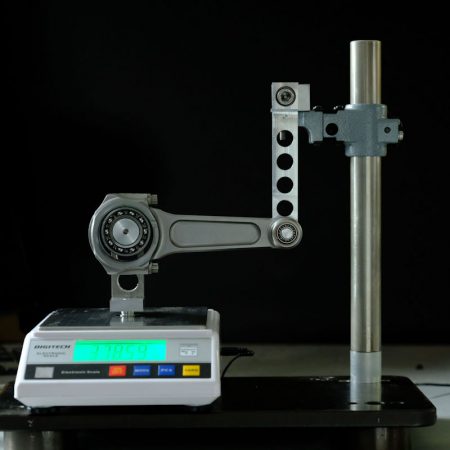 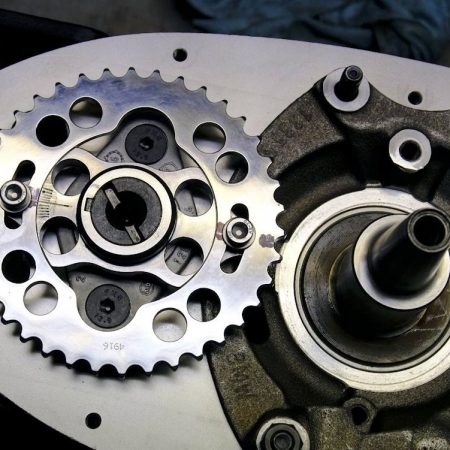 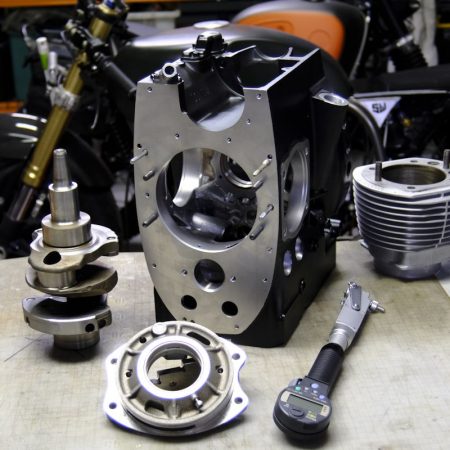 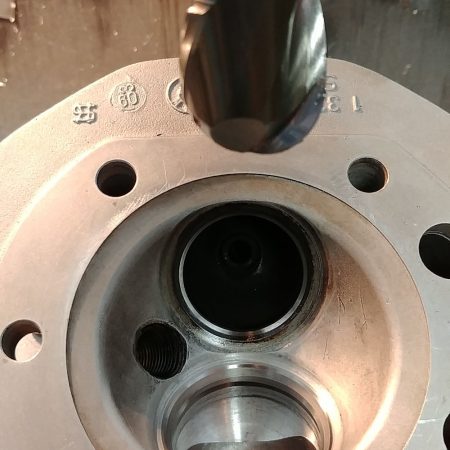 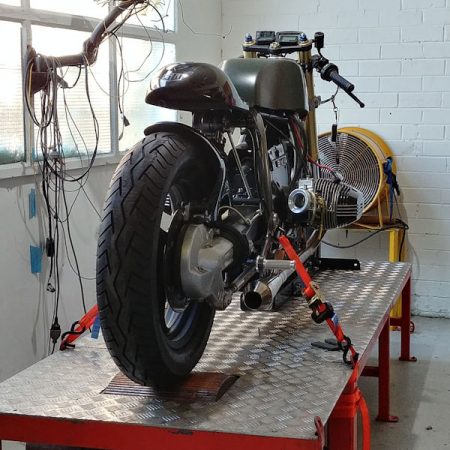 Day one. First run was a shake-down and rather timid as I checked that nothing untoward would befall me…like the bike going  ‘rubber cow’ or other cotton compromising calamities. Snuck it up to around 140mph without issue. Then I went all cocky and to hell with it, the second run would be a record attempt.  Pulled in everything including my head, squeezed the bike’s berries until it squealed and clocked 145.225mph (234km/h) – about one mph faster than the current DLRA record. (edit: Due to a results stuff-up, I was not officially posted as the record holder till 18 months after the event!)

This happened at 7800 rpm which was several hundred rpm lower than peak power as measured on the dyno. The bike was clearly overgeared but still managed a record speed. This is the 4th enemy: getting the gearing right. No point having a sexy power curve  if you don’t translate it to forward motion at the correct rate. It’s a fine balance between power, rpm, gearing and traction forces on the one hand, and the opposing forces of rolling resistance and drag on the other. And is something that generally can only be determined on the salt.

Being a shaft drive, there’s no such convenience as a simple sprocket change to adjust the gearing as with a chain driven bike. So I took a second wheel with a smaller diameter and a second gearbox with 5% higher top gear. Unfortunately, a more suitable gearing was not in the mix and I spent the rest of the week chasing the PB that I’d set on the first morning of the 2018 DLRA Speed Week.

The question is: How much faster could I have gone with the correct gearing? The answer will remain the subject of the 2019 DLRA Speed Week at Lake Gairdner…

(More shots of the bike here )

The local speedsters checking out the course site at Lake Gairdner 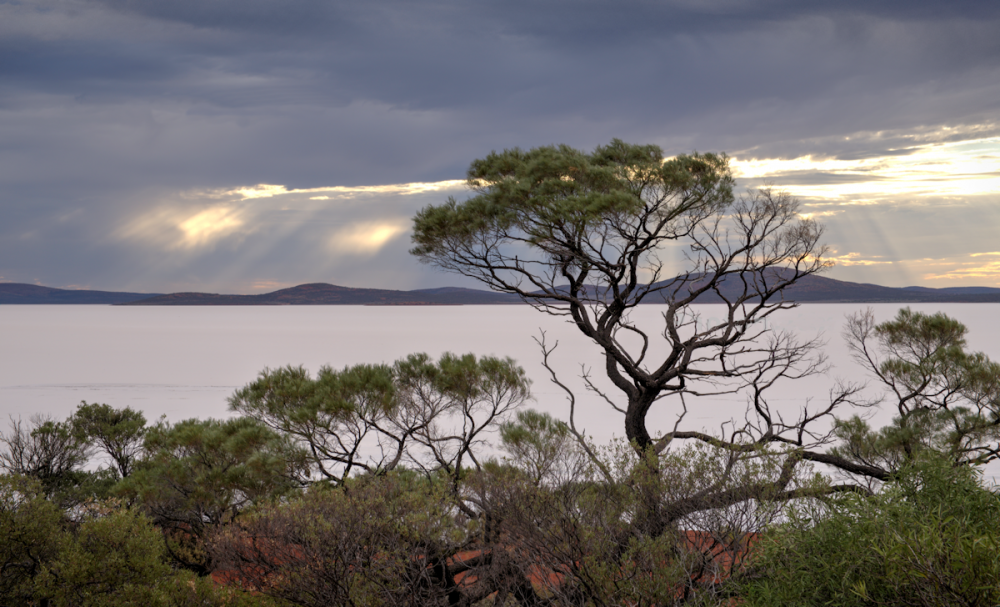 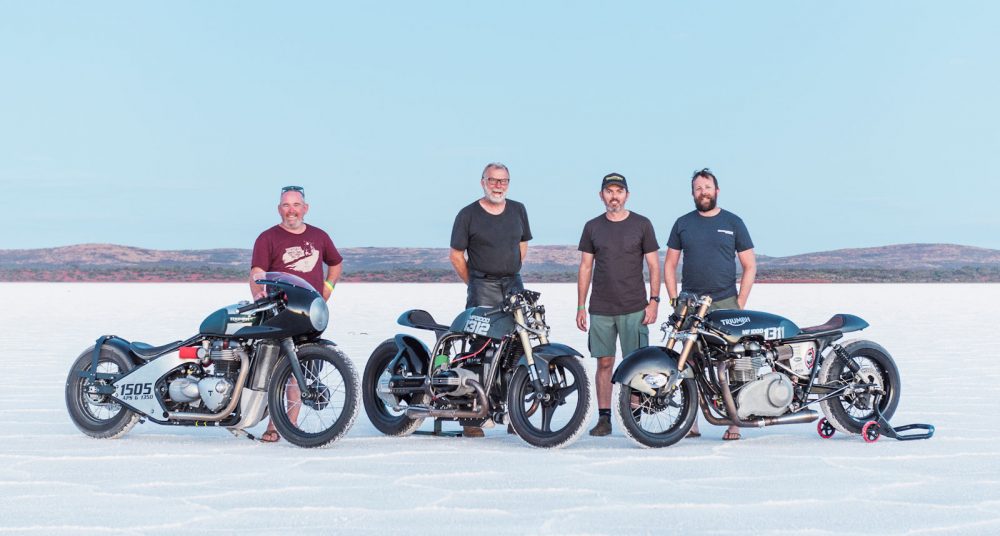 Many thanks to my good friends without who’s help the salt would have remained an unrealised dream:
Paul Chiodo and Cliff Stoval of https://www.facebook.com/triumphsaltracer/
My shed buddy Ross Osborne of https://www.facebook.com/supacustom/
David Huck who helped out with the on-board data logging system and Rory Nathan who wrote a kick-arse spreadsheet program to decipher the data. 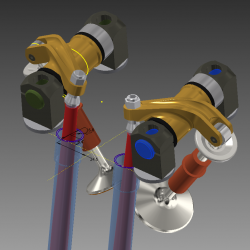 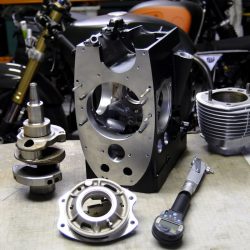